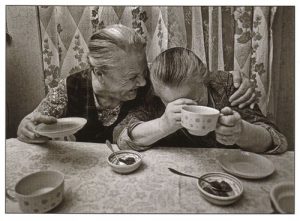 Why differentiate between craft beer and macro beer?   It’s all beer, right? Not so.

Even if we fantasize about the taste being equal—which is laughable, but I won’t talk about that—there are a myriad of other reasons to reach for craft over macro. The next time you’re at your local bar, restaurant, or beer aisle consider the following reasons why you should drink craft beer, and choose wisely.

1. Honesty in a Bottle

From their marketing to who actually owns the companies, big beer has gained a reputation for secrecy, if not outright dishonesty.

Few of the major beer companies are even American owned anymore, though they try their very best to hide it. Their commercials, too, paint pictures of “good time America,” while never really addressing much more then how cold their beer is. I don’t know about you but I don’t select my beer based on temperature and, frankly, you never should.

Fun Fact: Cold temperatures mask the flavor of your beer, or in this case, lack of it.

With the explosion in craft beer popularity, they have tried to get in on the act, but subversively. A little internet research will give you a list of macro brews in “craft beer clothing.” They never advertise who is actually behind the beer. They are each marketed as a separate craft brewery; which, beside the dishonesty, negates at least the next two reasons on this list, if not many of the others.

According to the Brewers Association, the majority of Americans now live within 10 miles of a craft brewery. Buy local and more money stays closer to home, which not only helps your local brewers brew more of the beer you love, but it also supports your local economy.

Going local gives you the opportunity to drink the freshest, best-tasting beer, but also make connections, meet the brewers, and contribute to something built out of passion. Also, many craft breweries are very supportive of their communities; using locally sourced ingredients, giving time and effort to help host events, and funding local charities. Now, who doesn’t want to be a part of helping their “home” thrive? Silly question isn’t it? I know.

Most craft brewers have an environmental streak in them. They try to ply their craft in a sustainable manner. From using composting to providing spent grain to farmers; using equipment and practices that take less resources to using alternative sources of energy, these breweries have more in mind than how much money they can make. And even you are part of it. Every time you take that reusable growler or fill your keg locally you are helping to decrease energy usage and waste.

Beyond quality, and possibly of more importance, is the question of what else is going into that big beer brew. Concerns have been raised, most publicly by food blogger Vani Hari, over the possibility of some macro beers containing additives such as corn syrup, caramel coloring, and propylene glycol alginate (PDF).

It seems that even Blue Moon, a “crafty” macro may contain corn syrup (dramatic intake of breath and hands cover mouth in utmost surprise).

There is more selection, more styles, and more love in the craft beer world then you will ever find in the big beer world. There’s a reason “craft” is in the name. How many styles of beer do big commercial beer companies make? Think about it for a moment.

Not many (though a few more now, hidden under their “crafty” labels). Now, think of how many styles and variations are available at your small local brewery. I walked in today and they have a stout, a saison, an amber, an IPA, and an Imperial Red all on tap, each ready to match a different mood.

Creativity is free-flowing in these places too. Not just in the brewing craft either. For instance compare a section of the craft beer aisle, labels and names, to that of the big beer section.

Ummm, does anyone not see a huge difference?

Then there’s the love of the craft. Just about every professional craft brewer I know started as a home brewer and loves to experiment, stretch the craft, always toward something new but awesome. You won’t find that kind of environment in the macro breweries where the innovation or “craft” is irrelevant to the bottom line.

Come on now, we’ve gotta have this one on the list of why you should drink craft beer. Who doesn’t want to drink out of some really cool glassware? 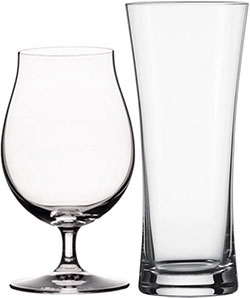 And I’m not talking about the shaker pint glass. As common as it is, the shaker pint isn’t even a true beer glass, at least not in the sense that it was constructed specifically to hold beer. It’s the shaker glass for mixing drinks, pulled into a duty it shouldn’t been assigned simply because it’s easy for restaurants and bars to stack for easy storage. Not to mention the cheapest glassware option to print logos onto.

There is a beer glass to match every style, but there’s no point to using them if what you’re drinking is odorless and flavorless. Hence, your macro beer may be better off in a can or bottle, than a glass that will do nothing to showcase the lack of flavor or aroma it offers.

Much has been made about pairing food with wine; it’s sophisticated, it’s trendy, it’s popular… and it just doesn’t work as well as beer. The range of complex flavors found in craft beer over-match what wine can bring to the table, hands down.

Don’t get me wrong I like a nice glass of wine but when compared to beer… well. Tough decisions must be made.

Wine has two ingredients while craft beer has at least four ingredients. Different hops, different grains, different yeast strains, and different water profiles; any one of these can drastically change a given beers’ flavor profile, and that’s just sticking to the four main ingredients. We have a diversity of foods, why not try pairing with something as diverse.

Much has been made about the health benefits of drinking wine, but research has shown that beer carries most of these same benefits, though to a somewhat lesser degree. There are a couple things beer even trumps wine on. Beer contains more protein and vitamin B and the antioxidant makeup of beer, though different from wine, is equivalent.

It is also a rich source of silicon and new research points to hops as a possible guard against cognitive decline. But remember these health benefits will fluctuate with ingredient quality and brewing practices. Have you ever seen a macro brewer leave any nutrition rich yeast in a bottle? Yeah, right.

Drink craft and feel better about what you’re getting out of it. However, please don’t misinterpret this as a new “diet fad”. Drinking in moderation, along with a balanced diet and regular exercise may have some health benefits, but binge-drinking without the latter has the exact opposite effect on your health. Moderation is key.

Don’t just lubricate the conversation, make the lubrication worth talking about. Discuss the beer. Share your thoughts. You may be surprised at the connections and conversations that will resonate as a result.

There is a wealth of beer knowledge to be had out there. But most of it goes unused in the company of a macro brew. You can’t impress your friends with your use of words like “robust,” “smoky,” “rustic,” “herbal,” “piney,” “funky,” or “velvety” with a macro sitting in front of you. Broaden your palate, feed you knowledge, and start using fun words to describe flavorfully fun beer.

Who wants to drink a light American lager in the dead of winter? That’s, in large part, all the macros offer. And if you raised your hand, you’ve obviously never sipped on a snifter of barrel aged stout on a cold winter’s night or ushered in Fall with the deep richness of a Märzen or pumpkin beer.

Craft brewers have seasonals, making certain styles for certain seasons, or using ingredients that are in season. There are seasonal’s I excitedly wait for every year, and the waiting makes them all that much better.

IT TASTES BETTER!! (sorry, I couldn’t help myself…. but craft beer really does taste better. Try it.)

Well, I believe I’ve pretty much proven my point. Craft beer is better! If you’re not familiar with craft beer find a friend that is and have them take you out for a tasting challenge. I guarantee it will be an eye opener, you will find something you like, and it will expand your beer world. And that’s a good thing.