The type of a beer is determined by many different things including ingredients, region of origin and brewing method among a variety of others. With so many types of beer to explore, we know diving into the world of craft beer might be a little intimidating at first. Whether you’re exploring beer styles with little to no knowledge beforehand, or you’re well versed and looking for a refresher on all the beer styles out there, homebrewing-equipment.com wants to help you find the information that you are looking for.

You must have heard about dozens of beer and hundreds of styles. Well, forget everything. We will teach you all beer types in 5 seconds. Ready? 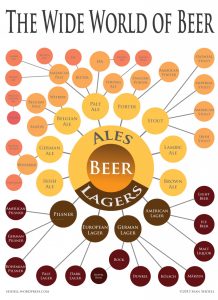 How many beer types are there? 2

What are their names? Lager and ale beer

And what’s the difference? In yeast.

4. Ale beer has a fuller taste, aroma of malt, spices or fruits, usually darker and come in many species.

Now that we have mastered the basic division, we still have hundreds of different types of beer which again have many subcategories, and it can be challenging to remember all of the different beer names and beer styles (and which would only confuse you first, then and us). So we will simply list and explain the most popular beer styles…

STOUT BEER AND PORTER
There are quite a few differences between the porter and stout beer, but they still different.

The porter is dark in color, it has a fruit-dry taste and is made by the upper fermentation. Like ale beer, it is made with combinations of fried malts to enhance taste, color and odor. Stout is almost black and obtained by the above fermentation.

Stout, which is not so sweet, contains a rich, creamy foam, and the color and taste gets from the barley. Stout often uses unsweetened barley that is fried to produce darker color and aroma of coffee.

PILSNER
Pilsner beer, a twin brother of the classic lager, is made of neutral or water with a high Ph value. Often gold color, lightly dry and bitter taste. It is exactly the content of hops that differs it from the lager.

WHEAT BEER
Wheat beers are very light, easy to drink and have very little aftertaste. Wheat gives beer softness and is often blurred because of it.

INDIA PALE ALE
One of the favorite beer styles. There is also a lot of mythology surrounding the creation of this style, which is still debated today. It is most commonly believed  that at first the IPA was made in England with a lot of hops to survive the way to the British troops stationed in India.

AMERICAN PALE ALE
It’s actually a classic English IPA, but with much more dominant hops. It is a beer of beautiful citrus fruits that leaves a powerful, bitter taste in the mouth. When you try it once, you are hardly returning to beer with moderate hops.

BROWN ALE
Brown ale got its name because of its brown color in it. Carries the taste of caramel and chocolate. May contain citrus notes, but also be hard-flavored malt and hazelnut. This mainly depends on the region of origin.

BLONDE
They are ale beers of very bright colors in which you will feel freshness, dryness and mild bitterness. They get flavor from the hops and the sweetness of malt.

AMBER
A very versatile beer. Amber has a strong taste of malt and caramel indications. Amber can also be a lager and ale.

BOCK
Bock is a lager with more alcohol content. It is a beer of darker color with the taste of malt and caramel. It can be very strong like an eisbock that is obtained by freezing and removing ice to gain strength.

PALE ALE
Pale ale has a fruity flavor and color of the copper. Like a good part of ale beer, it was created in England. They are bitter beers with slightly more hops and they go well with spicy food.

TRAPIST BEER
This beer is distinguished by the strength of beer, dark color and rich and complex taste that is affected by yeast. Currently, there are only ten monasteries in the world that make and sell authentic trapist beer: six in Belgium, two in the Netherlands, one in Austria and one in America. 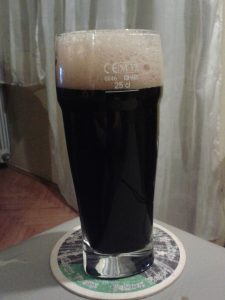