Initially, these little helpers did their ministry silently, almost in a mystical environment, because one could not understand exactly what actually happened after the wort, filled into more or less large vessels of various materials, was left to itself.

Yeast warms from inside

However, the effect that came along was highly appreciated, as it was seen that the foods were of greater shelf life, more digestible in consumption (at least in most cases), and also “pleasantly” produced in a delicious way.
How little was known about these processes can still be seen in the “Purity Law”, which does not explicitly mention these “wonderful” organisms, which even today can lead to discussions in detail among experts. 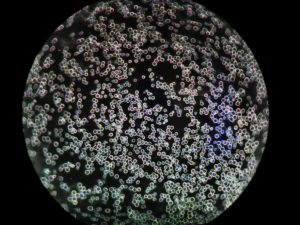 Greater understanding of the processes of fermentation first emerged from the work of Pasteur and Hansen in the second half of the 19th century, with the development of the microscope at the end of the 17th century, of course, laying the foundation for this. With the help of this optical aid, it was possible to detect for the first time the tiny (in the order of a few thousandths of a millimeter) unicellular organisms, which brought about the changes described above.

Yeasts were thus recognized as unicellular and in contrast to bacteria highly organized microorganisms. The term highly organized here refers primarily to the fact that yeasts as eukaryotic cells, in contrast to the bacteria through membranes have separate areas to which certain cell functions are assigned. Among other things, this complexity leads to a large number of yeasts – more precisely yeast strains – which differ in their specific properties and can pass on these individual characteristics from generation to generation.

This very fact is the basis from which the principle of “pure yeast” has developed. Previously unconsciously mixtures of microorganisms – different yeasts but also bacteria – were used for the production of beer (spontaneous fermentation), so today one can use very specifically yeasts, which bring defined properties in technological terms but especially in sensory form.

The use of pure yeasts makes it possible to produce large volumes of beer in consistent quality under defined technological conditions. However, this does not mean that the principle of spontaneous fermentation is completely out of focus. In particular, beer styles such as Lambic are often still produced in this manner whereby the fermentation organisms can be introduced here via the air, the vessels but also on fruits.

The number of yeast cells in one milliliter of wort is here in the order of a few million individuals, which multiply during fermentation by a factor of 2 – 5 and thus can be harvested at the end of the fermentation and reused for the next brew.

In the case of top-fermented yeasts, this yeast harvest usually takes place from above, while the bottom-fermented yeasts settle faster and can be harvested from below from the fermentation vessels. This distinguishing feature also defines two large groups of beer types which are often described as ale (top-fermented) or lagers (bottom-fermented). Here it should be appreciated that the bottom strains, only with the invention of the chiller, internationally prevailed, because they can ferment at lower temperatures (8 – 15 ° C). 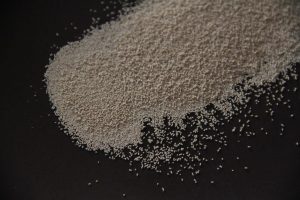 One of the most important factors in selecting the yeast for a beer type is undoubtedly the aroma formation during the fermentation process. Basically, this flavor production is a genetic characteristic of the different strains, but can additionally be controlled by technological factors such as temperature, pressure, ventilation and yeast concentration.

The complexity of the aroma formed during fermentation ultimately results from the balance of various metabolic products released as by-products of alcoholic fermentation. More specifically, these chemical compounds (including organic acids, various alcohols, carbonyls, ester and sulfur compounds) are the result of various processes of rebuilding and degrading the yeast cell, which are used to generate energy and to build up new cell substance from the wort. This also explains the influence of beer taste and aroma by the above-mentioned technological factors.

Interestingly, stress factors for yeast, which include increased original gravity and pressures, but also lack of nutrients in the wort, can influence the formation of sensory-relevant components. Particularly high concentrations of fermentable sugars, which result in high alcohol contents, lead to a pronounced mix of beer flavors.

As the term “stress” suggests, however, a natural limit is reached relatively quickly in typical brewer’s yeasts, so that alcohol contents above 8% by volume are very difficult to achieve. If one wants to get over these areas, then usually alcohol-tolerant specialty yeasts (wine yeasts) are typically used in multi-stage fermentation processes.

Of course, the spectrum of odoriferous and taste-inducing substances can be greatly expanded by the combination of different yeasts and bacteria, whereby of course this can make the whole process very complex overall.